My dental crown is visible when I smile. It used to match my teeth but it doesn’t anymore. I’m not sure what happened. It was fine at my last check-up and is less than a year old. I don’t do anything weird to it and they told me because it was porcelain it would be stain resistant. Is there a way I can whiten it? 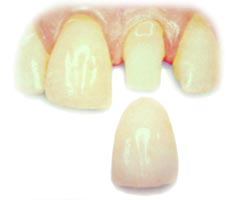 Bear in mind I haven’t seen your crown so I can’t give you a definitive answer. However, because they are less than a year old and you recently had a check-up it leads me to believe the glazing on your dental crown was damaged. If your hygienist used anything like a power prophy jet or some acidulated fluoride it would have damaged or even completely removed the glazing. Because your hygienist polishes up the teeth at your checkup, it would have looked fine when you left. Gradually, it would begin picking up stains shortly thereafter.

Unfortunately, teeth whitening isn’t your solution. It will whiten your natural teeth, but your dental crown will remain the same color it is now. This will only serve to make the disparity even more noticeable.

Here’s what I recommend. Get a second opinion to see if your glazing has been damaged. If that is the case, your dentist should make it right. They should replace the dental crown for you without charge. Then, when you go in for your next check-up, make sure your hygienist doesn’t use the same equipment. 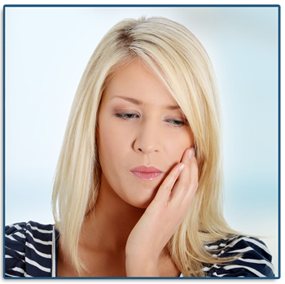